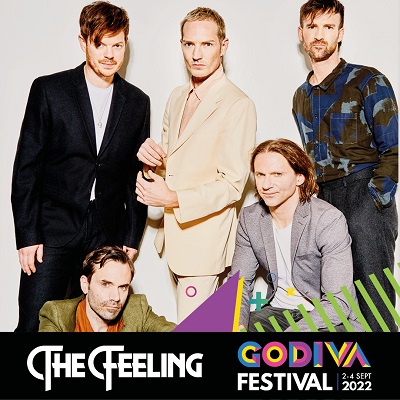 The quintet initially performed as a cover band in the French Alps. The band's debut, Twelve Stops and Home, was released in the U.K. in June 2006, and featured three Top Ten U.K. singles ("Sewn," "Fill My Little World," "Never Be Lonely") and garnered a Brit Award nomination.

The band's popularity continued to soar, and their follow-up, Join with Us, topped the U.K. charts on its release in February 2008.

In 2011 they released their third album, Together We Were Made, and later that year a collection titled Singles: 2006-2011 was released and contained all 11 singles from their three studio albums, including hits "Fill My Little World" and "I Thought It Was Over."

In 2018, the band celebrated 12 years since the release of their debut 12 Stops and Home, releasing the album on limited edition vinyl, and completing a sold out tour of the UK which culminated in a joyous homecoming at London’s Shepherds Bush Empire.

2021 saw The Feeling re-enter the studio to work on their much anticipated sixth studio album entitled 'LOSS. HOPE. LOVE', which was released on May 6th.