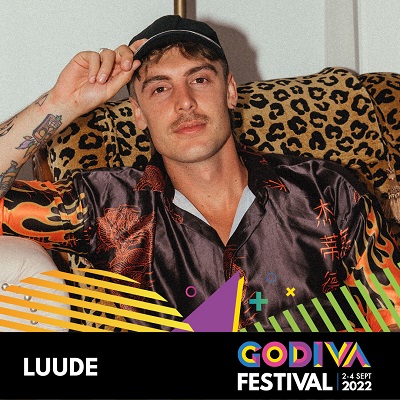 Tasmanian born, Perth Raised, Gold-Coast based Australian Christian Benson aka LUUDE has quickly risen to the forefront of a new wave of producers coming out of Australia. An artist who is consistently evolving and finding success across multiple endeavours.

After bursting onto the scene in 2017 with a series of remixes and original tracks that amassed millions of streams, LUUDE quickly took hold of the local club circuit, becoming an in-demand name for all promoters. The hype quickly escalated into sold-out hard ticket touring (10,000 sold across Australia and New Zealand) and festival sets on the country's biggest stages.

Fast forward to now and that constantly forward thinking take on dance music has connected with the world outside of Australia - landing a global hit with “Down Under (Feat. Colin Hay)” a bass heavy take on the Men At Work 80’s classic - which has rocketed up the charts in multiple continents and positioned LUUDE as one of the next global superstars in dance music.

Also recognised as one half of the well-respected Australian duo, Choomba, who have been endorsed by tastemakers such as The Magician, Claude Von Stroke, Richie Hawtin, Claptone, Riva Starr, and Erick Morillo - the duo host their own dance music radio show on Triple J Australia’s biggest youth focused station. All further testament to his abilities as a production powerhouse and tastemaker of the next sound, who finds success in everything he is doing.