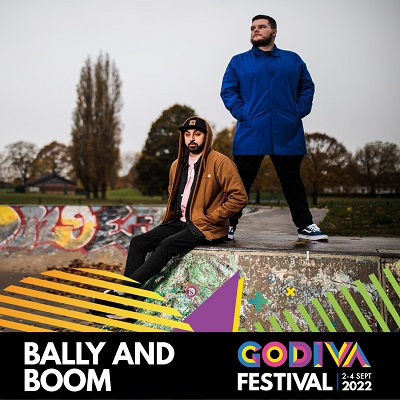 This set is brought to you as part of Reflection presents 30 years of Daylight Robbery: Gamma Funkula

Bally and Boom joined forces back in 2016 as a result of a shared passion for Liquid Drum and Bass. The London/Midlands based duo are recognised by their high-paced DJ sets and their liquid and dancefloor style production.

Their music has been recognised and supported by some of the worlds biggest names and labels in Drum and Bass, including High Contrast and Ray Keith along with multiple releases including their debut EP Icarus on Random Concept.  With music plays broadcast on BBC Radio 1, Rinse FM and regularly on BBC Introducing, as well as taking on the BBC Asian Network Guest Mix on multiple occasions.

The pair are very much at home when it comes to DJing, having performed at BBC Introducing Live, Club MTV, MADE Festival, Weird Science, Formation Records and Hospitality events. They have shared stages with many artists, including Andy C, Dimension, Chase & Status, Sub Focus, S.P.Y., Marky, LSB and Etherwood.